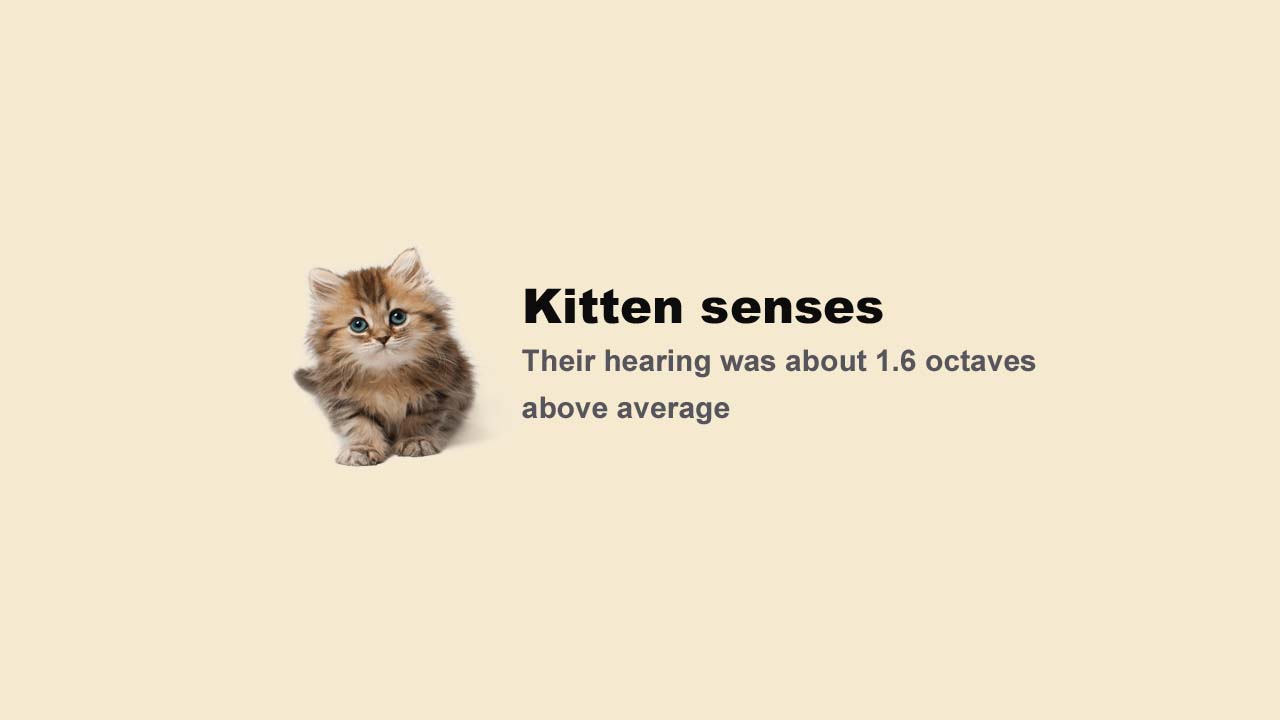 Their hearing is about 1.6 octaves above the average human hearing, so they know when to hide and attack.

Despite all its cuteness, kittens are hunters with the same senses as tigers.

Their hearing is about 1.6 octaves above the average human hearing, so they know when to hide and attack. Your kitten can rotate its outer ears - called pinnae, so that it can pinpoint its prey 360 degrees.

Cats prefer to hunt at dawn and dusk. His eyeballs were much bigger in the afternoon. The tapetum - the layer of cells that is located behind the eye, which reflects the amount of light, so that the eyes glow at night. His sharp eyesight can detect movement around him - this ability helps him hunt for small, fast-moving creatures.

The sense of smell and taste

Usually your kittens leave scents to help them socialize, mark their territory, and avoid threats. His sense of smell is ten times stronger than that of humans.

The tongue is very sensitive to temperature and taste. Their sensitivity helps them find out which foods are safe for consumption by themselves.

They can jump when standing, can climb anything and balance themselves in the most dangerous places. They are clever hunters.

Help fulfill your kitten's hunting instincts by playing with him.