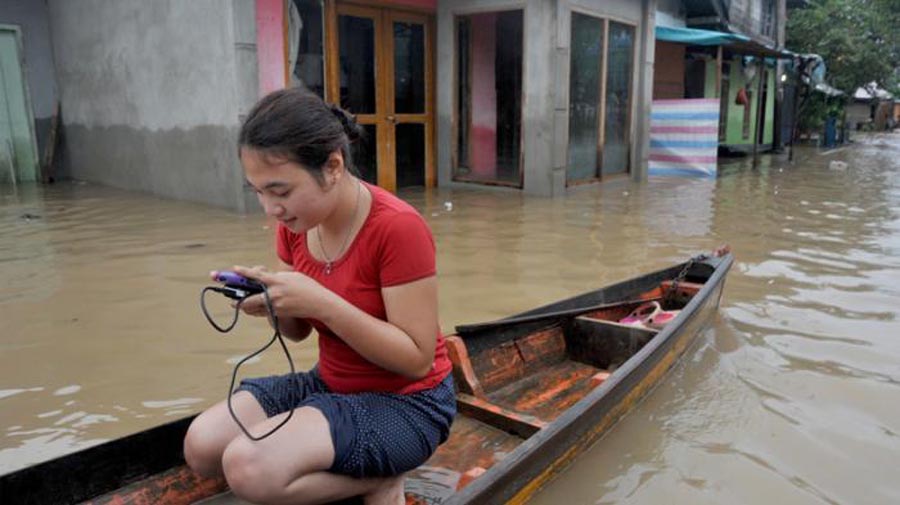 Today, around 91% of American adults, and more than half of all teens own a cell phone. Whether you own an iPhone or an Android smartphone, chances are that you always have your cell phone with you, and that you’re constantly checking for alerts, messages, and social media updates. In fact, a huge number of people today actually sleep with their cell phones!

Although cell phones do provide an effective and convenient way to communicate with family, friends, and co-workers, using them every hour of the day can eventually begin to take a toll on your health. After all, cell phones work by transmitting radio waves through various stations, and these waves can cause problems within the human body, according to the World Health Organization and various studies.

Should You Be Worried About Your Cell Phone?

Although cell phones are still generally regarded to be mostly safe, as a low-frequency transmitter, it’s worth noting that your handset is constantly generating power when it’s on, which could mean that you’re constantly being exposed to radiofrequencies. Ideally, you should try to keep a distance from your cell phone as much as possible if you want to reduce your risk of long-term side effects on your brain.

At this time, we don’t have enough information or research to know for sure that cell phones are either safe, or unsafe, which is why it’s important to be cautious. Here, we’re going to look at just some of the ways that cell phones might have an impact on your health.

Cell Phones Can Have a Negative Impact on Relationships:

The presence of cell phones when two or more people are having face-to-face conversations can be enough to generate negative emotions towards the person using their device according to studies. In one study conducted in the United Kingdom, researchers looked at the impact that mobile devices can have on face to face conversations. In the first study (MedicalDaily), 37 couples were asked to spend around 10 minutes speaking to each other about something interesting that happened to them over the last month or so. Half of the participants were seated in an area with a mobile device present, while the other half had no cell phone.

The study results indicated that people who had a cell phone with them – even if they weren’t using it, were generally seen in a less positive light than those without a mobile device. In the second study, the researchers used 34 couples of strangers who were asked to talk about trivial topics, while others were asked to discuss important events in their life. Once again, half of the participants have a mobile device on them, while others had a notebook. The study found that the people who had a notebook got a better response than those with cell phones.

Basically, because a cell phone can cause you to appear rude or uninterested in the eyes of other people, it could also mean that you struggle to make and maintain long lasting relationships. Since relationships are important to our long-term emotional health, it’s important to be aware of the impact mobile devices can have on our interactions with others.

While you might think that your cell phone helps you to relax by giving you something to do at work or at home when you’re bored, the truth is that the high frequency waves emitted by your cell phone are actually more likely to enhance your feelings of stress. The constant reminders and alerts that you’re plagued with each day can leave you on edge, according to studies conducted around the world.
One piece of research in Sweden looked at whether there were any links between the psychological effects of a cell phone, and mental health symptoms in young adults. The study participants included a range of 20 to 24-year-old participants who were asked to respond to a survey. According to the study, high use of mobile phones or cell phones was associated with more sleep disturbances and high stress levels for women. On the other hand, high mobile phone use was considered to be linked to sleep disturbances and issues with depression in men.

You might not realize this, but every time you use your handset, you’re spreading germs all over it. The oil residue that you see on your cellphone after frequent use can contain a lot of disease prone germs – in fact, you could have more germs on your cell phone than on a standard toilet seat.
According to a study conducted in London, researchers sampled over 390 cell phones to find the general level of bacteria that we expose ourselves to every day. The research found that 92% of the cell phones were covered in bacteria, and about 16% of that number had E. coli, or fecal matter on them. Obviously, exposure to these germs over time could increase your risk of contracting long-term and short-term illnesses and diseases.

Higher Risk of Pain and Discomfort:

Cell phones require us to use our hands on a daily basis. Trying to respond to messages quickly can cause some inflammation and pain in your joints. Additionally, back pain is more common in people who use their cell phones frequently, because we spend a lot of time hunched over our phone, reading messages, watching videos, and checking on social media.